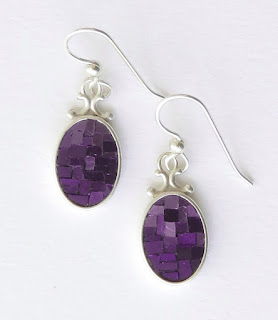 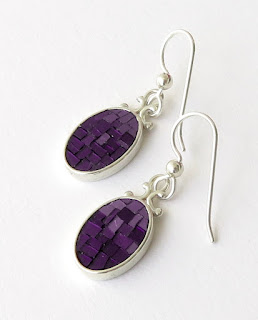 
Last November Kosta and I took a train ride from Athens to Thessaloniki, a city in the north of Greece. The journey was about 5 hours, and I was looking forward to some chill time with a book, maybe a bit of joint sudoku with my fella. We were seated across from a well put together young woman in her mid twenties. She eventually left her seat, taking all her belongings with her, except a coil bound workbook, and was gone so long that we wondered if she'd left it behind and gotten off the train, or if perhaps the previous person before her had left the book.

Curiosity getting the better of us, we opened the book and started perusing it. It was a study guide for taking an English qualification test. Kostas and I began looking at some of the multiple choice vocabulary problems. Wow...were these words difficult. These were words that would be higher level vocabulary even for a native English speaker. Plus the test writer had done a good job of making the incorrect choices tricky: words that sounded similar to the correct word, words with a similar meaning but not quite right, words with a different meaning that could be argued to also fill in the blank with reasonable satisfaction. We passed the better part of half an hour with Kosta trying to figure out each correct answer, me letting him know whether he got it wrong or right, then defining the other 3 words in the question as well. He struggled less than I would have imagined, but in fairness, his vocabulary is better than many first language English speakers I know, and he reads a lot in English.

Eventually our seat mate did return, and we now had to sheepishly tell her what we had been doing. Yes, it was her book, and she was studying to pass her English qualification, which she felt would be a good thing to have on her resume. She was in college studying psychology, but also had some business qualifications as well, and currently helped her father run the family dairy farms. But she and her father regulary locked horns a lot, and she wanted more out of life than to marry and have kids, so she was trying to see if she could make an alternate sort of life happen. She loves Athens, and had snuck off there for the weekend for some fun ("so please don't tell my dad").

But most emphatically, she HATED English. With a passion. Not even particulary apolegetically. However, I have huge empathy for this. English is HARD. It's really just the worst. You can rarely tell how a word is pronounced by just looking at it. We have so many words that sound the same and have different meanings. We have so many different words that have the same meaning. Fairly basic verb conjugation is its one saving grace, if a verb is regular. Sadly most of them aren't. We use a ton of slang. I really feel for people who are learning English. If you didn't really even want to be learning it, but felt you HAD to, as our travel companion did, English would be even more odious.

To make life a bit easier on her, Kostas did a lot of translating when she couldn't get her point across, though she did get a bit of English practice in that day. Mostly, she seemed a well grounded young woman, who thought rather deeply about her life, and talking with her made for a very speedy and interesting train ride.
Email Post
Labels: earrings oval purple