Hot Off the Press

12mm by 12mm - Mosaic gold in sterling silver Email for Purchase Info
I don't think I've ever introduced you all to George. I made George a number of years ago. You see, my stepmom had wanted a garden gnome for years, but my father was dead set against one. I finally had the idea that if I MADE a mosaic one and gave it to her, he HAD to let her keep it.
So that year, my annual SAMA (Society of American Mosaic Artists) conference was in Seattle, and my folks were picking me up afterwards, so I had to bring the gnome to the conference on route to their house. He was immediately christened George by my roommate, the indomitable Keltie Tolmie, and it was decided he would attend all the parties as my date.
George was a pretty good date on the whole, though occasionally we sent him back to the room for bad behaviour.
Since 2013, George has been hanging out in the backyard at my dad's, who surprisingly hasn't "accidentally" thrown him out or "inadvertently" …
Post a Comment
Read more 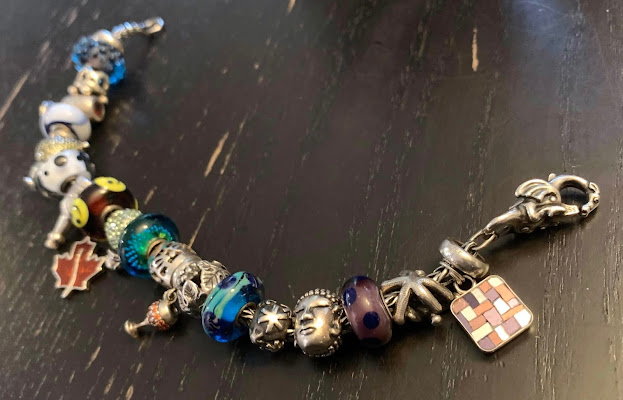 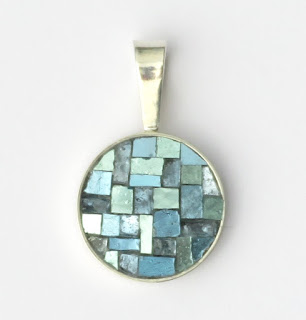 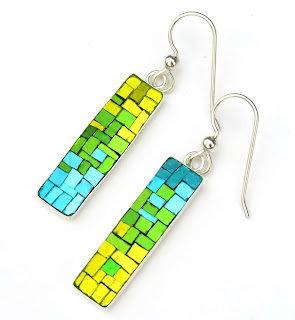 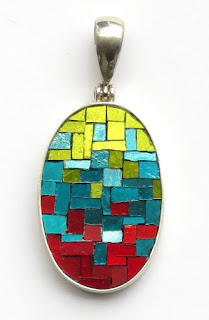 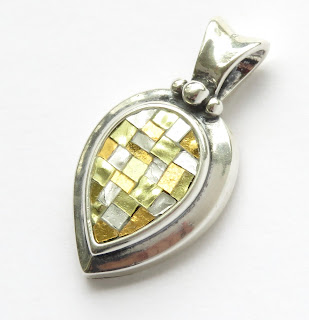 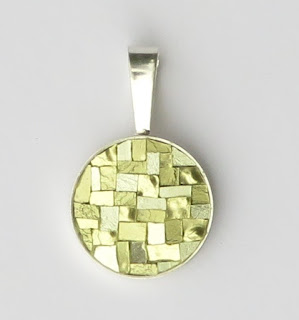 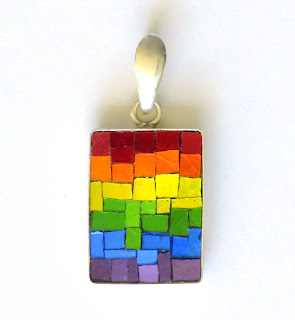 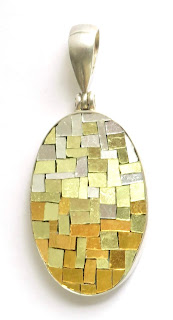 Let the Light In 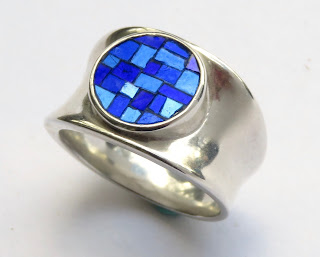 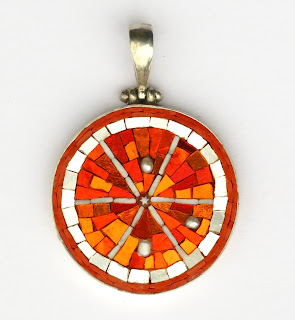