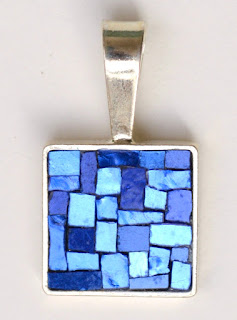 
I recently went to the Egyptian Museum a second time, and as usual, spent quite some time poring over the treasures of King Tutankamun. We probably wouldn't know about this short lived pharaoh except that his tomb is the only one that has been found nearly intact (there were some items missing, but on the whole, it escaped the usual rampant grave robbing). Many of the items in the tomb were inlaid with lapis lazuli, which is one of my favourite semi precious stones. The rich blue colour is so luxurious, that I'm not surprised it was deemed a fitting adornment for kings. It also looks fabulous with all the gold the ancient Egyptians were inclined to use.
Email Post