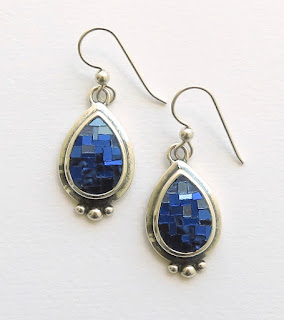 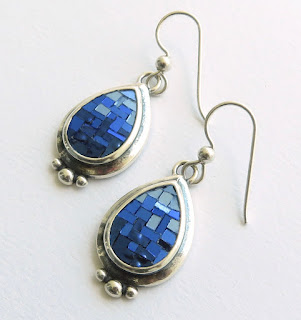 A couple weeks back, I wrote about my New Year's resolutions. Well, the business one is still one track, as you can see. So far, I've kept up with my two blog posts per week, even if last week they ended up on the last two days of the week! I promised myself that even if that was what happened, I wouldn't chastise myself, because I was still getting it done. I can sometimes be hard on myself that way.

However, there is this pesky reading resolution. I've realized, belatedly, that it was in fact two resolutions in one. I haven't really been reading lately. As such, not only is the resolution a change it what I read, it was a change to reading more than I have been. I've gone through various stages in life where I read more or less, and it seems I am in a "less" stage right now. I love to read, but it's just not a priority at the moment.

So then, what becomes of my resolution? Well, I've revised it. This new resolution was already in progress without it being a resolution, as it was sort of an offhand, secondary resolution. But it's ended up being FUN, and only a few minutes a day, and something I've been putting off, and something super useful, and it STILL satisfies my desire for my personal resolution to be something for my brain.

Drum roll please....I am learning Greek. I've long felt quite frankly embarrassed that I know so damn little Greek when I spend so much time there. In truth, in the areas I frequent, I don't really need that much, as English is the language of tourism. However, I have been dating a Greek for 1.5 years now, so it's high time for that to change. I've used a couple apps in the past that I gave up on after awhile because they were boring and the words I was learning were irrelevant. I mean, it probably makes more sense to learn to ask "Where is the toilet?" before one learns "She wears a dress". I've found a couple new apps, including one that's really game like, so that makes it more fun. As a result, a bit of learning most days has already basically become a habit, especially now that I've quit being self conscious about practicing around my fella. Doable? Check. Measureable? Check. Specific? Less so, but I'm trying for 10 minutes a day. Fun? Bonus!

But deciding to alter my resolution also made me think a bit on the word revision. Re-vision. I have had a new vision of what I would like my resolution to be; I have simply reimagined what I want my future to look like. And that re-vision is me, in Greece, this summer, getting the occasional bit of conversational context when I'm having a beer with the locals, rather than sitting there like a lump.